The name says it all. Spent last week in the UK and it was cold. Even had snow on several days there. Enjoyed catching up with family & friends but was very happy to get back to warmer weather. My spuds went missing for a week it was so cold.

As with all January’s it’s quiet musically however this mix might give the impression that isn’t the case. I’ll be honest I was surprised to be able to put together a two hour show of new stuff that sounds pretty tasty.
As you would expect there is a strong new garage sound peppered throughout.
Highlight for me was having Jay-J listen to the show and provide two new promos during the show which got played towards the end. That’s the first time I’ve been able to play a world exclusive, and then not once but twice! The first track was made last week in Sydney in Davor’s apartment. Crazy thought that.
Big thanks also to Aaron “Linebacker” Yearwood for turning up WHADUP by Scrambled Eggs & Cheese (I’m not making that up!) One of the hidden gems of 2012 if you ask me.
As always thanks to everyone that tuned in on the outside and in the chatroom. Unfortunately DJ Kevin Anthony has had to move his show to Sunday’s so no more back to back session from Sydney to Baltimore. I’d like to say a big thanks to Kevin for the fun we had during 2012 on Thursday’s. Look forward to spinning back to back sometime when the airwaves are quiet. 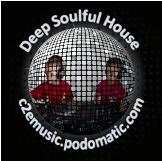