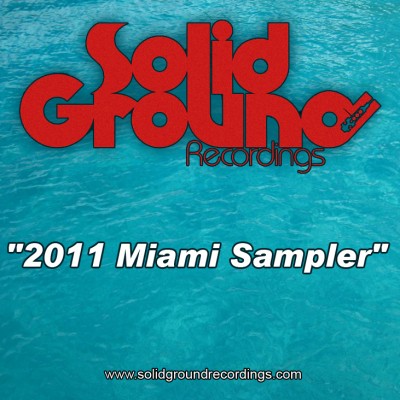 Danny Clark & Jay Benham’s Solid Ground label has gained much respect from myself since it’s first release back in 2009 with the impressive Dawn Tallman voiced “Conquerer”. Carla Prather was next with the equally impressive “Into You” and so it went on with a string of quality releases.

This year they plan to hit the Miami Winter Music Conference with their intentions firmly pinned to the soulful house mast proudly carrying the flag for the UK. Featuring an array of house music talent from vocalists, producers and remixers the label showcases exactly what it’s all about on this package. Kenny Bobien teams up with Groove Assassin on the excellent “About Love”, Lady Alma‘s “Running For Nothing” hit’s the spot nicely and Lisa Millet gets the Clark / Benham treatment with some fantastic horn stabs adding a musical hook on “Closer”. Lenny Fontana goes all disco on the boys with Natasha Watts‘ “Feel My Beat” whilst the gorgeous Annette Taylor inspires on “Better Days”. Carlos Vargas uses Nicole Mitchell to good effect on the superb “Missing You” and last but not least we get Richard Earnshaw doing his thing on “How Did We Get To Here” by Balage. All the tracks hark back to the days of the 70/80’s but definitely nodding in the direction of 21st century soul. A great taste of things to come from the label.

Out now on Traxsource (out as singles throughout the year).